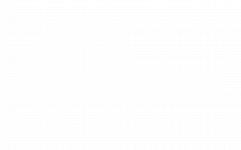 Commonly known as the “Green Card” Process, this is a two or three-step process:

There are five preference categories for Employment-Based Permanent Visas:

Persons of “exceptional ability” in the sciences, arts, or business and persons with advanced degrees or their equivalent (that is, a baccalaureate degree plus five years progressive work experience in the field). If work performed is in the National Interest and unique in nature, Labor Certification not required.

Person must have been a member of a religious denomination having a bona fide nonprofit, religious organization for two years immediately preceding application; Seek to enter to carry on his/her vocation or religious occupation; Must have carried on such vocation or occupation for at least two years.

Requires investment of $1,000,000 or, in certain circumstances, $500,000 in a new commercial enterprise employing ten or more U.S. workers full time. Note: Numerous stringent requirements are attached to this visa.

The E category includes treaty traders, treaty investors, and certain nonimmigrant employees of such people (and their spouses and children) who come to the U.S. under a treaty of commerce and navigation between the U.S. and their country of nationality. This category also includes Australian specialty occupation workers.

The H-1B is a nonimmigrant or temporary visa that is good for three years initially and can be renewed for an additional three years and even more in certain cases. The H-1B is an employer-sponsored visa. This visa is for professional positions requiring a minimum of a Bachelor’s degree in a Specific Specialty

Includes foreign students, scholars, experts, medical interns and residents, and business and industrial trainees coming to U.S. to participate in an approved Exchange Visitor Program. Programs must be approved and designated by U.S. Information Agency.

The O-1 nonimmigrant visa is for the individual who possesses extraordinary ability in the sciences, arts, education, business, or athletics, or who has a demonstrated record of extraordinary achievement in the motion picture or television industry and has been recognized nationally or internationally for those achievements.

L-1A and L-1B visas are available for temporary intracompany transferees who work in managerial positions or have specialized knowledge.

Persons participating in international cultural exchange programs are eligible for this visa.

An R-1 nonimmigrant is an alien who is coming to the United States temporarily to work at least part time (an average of at least 20 hours per week) as a minister or in a religious vocation or occupation and be employed by a:

To qualify, you must have been a member of a religious denomination having a bona fide non-profit religious organization in the United States for at least two years immediately before filing the petition.

The following people are eligible to immigrate to the United States, based on a relationship to a U.S. Citizen or a Lawful Permanent Resident:

3. Spouses and Children of Refugees or Asylees—No waiting list

Any person who entered as a refugee, or was granted asylum status after entry, can petition for their spouse and children under 21 to join them in the U.S. The relationship must exist at the time refugee or asylum status was granted. The petition must be filed within 2 years of that approval. Family members enter as asylee relatives and can apply for permanent residency after one year.

4. Battered Spouse and Children of U.S. Citizens and Permanent Residents

Must show abuse, a good faith marriage, and be a person of good moral character. Also known as the Violence Against Women Act (VAWA). Waiting time depends on the status of the abuser.

Must have met within the past two years (unless certain exceptions apply) and must marry within 90 days of entry to the U.S.

Naturalization is the legal process through which a person who was not born a U.S. citizen becomes fully enfranchised. Naturalized citizens enjoy all the rights and share all the responsibilities of citizenship.

USCIS weighs a number of factors when considering an application for citizenship, including length of residence, fluency in English, knowledge of American history and culture, and support for the United States Constitution.

Persons applying for naturalization must have been permanent residents for 5 years or, if their status is based on marriage to a U.S. citizen and they are still married and residing with their citizen spouse, they may apply after 3 years.

Persons must have physically resided in the U.S. for half of the 5 years (or 3 years) required.

Applicants who have criminal convictions on their records face particularly intense scrutiny and are therefore advised to seek the counsel of an attorney experienced in this area of the law.

Get in touch with Guyton Thuente, P.A.
Learn more

NOTICE: Nothing on this web site should be taken as legal advice for any individual case or situation. All information provided here is general in nature, and should not be relied upon for any specific situation. For sound legal advice, please schedule a consultation with us.

NOTICE: Nothing on this web site should be taken as legal advice for any individual case or situation. All information provided here is general in nature, and should not be relied upon for any specific situation. For sound legal advice, consult an attorney experienced in immigration law.